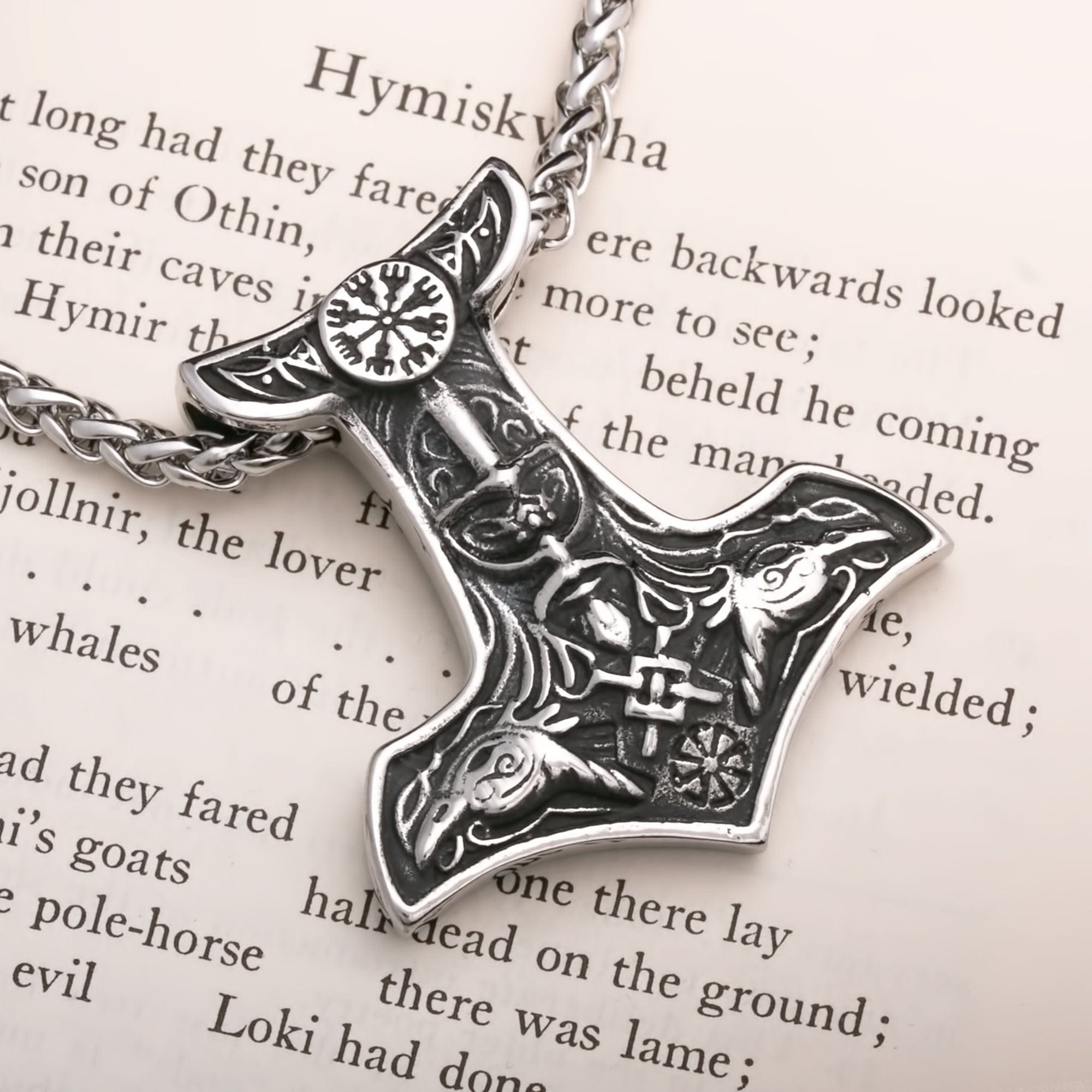 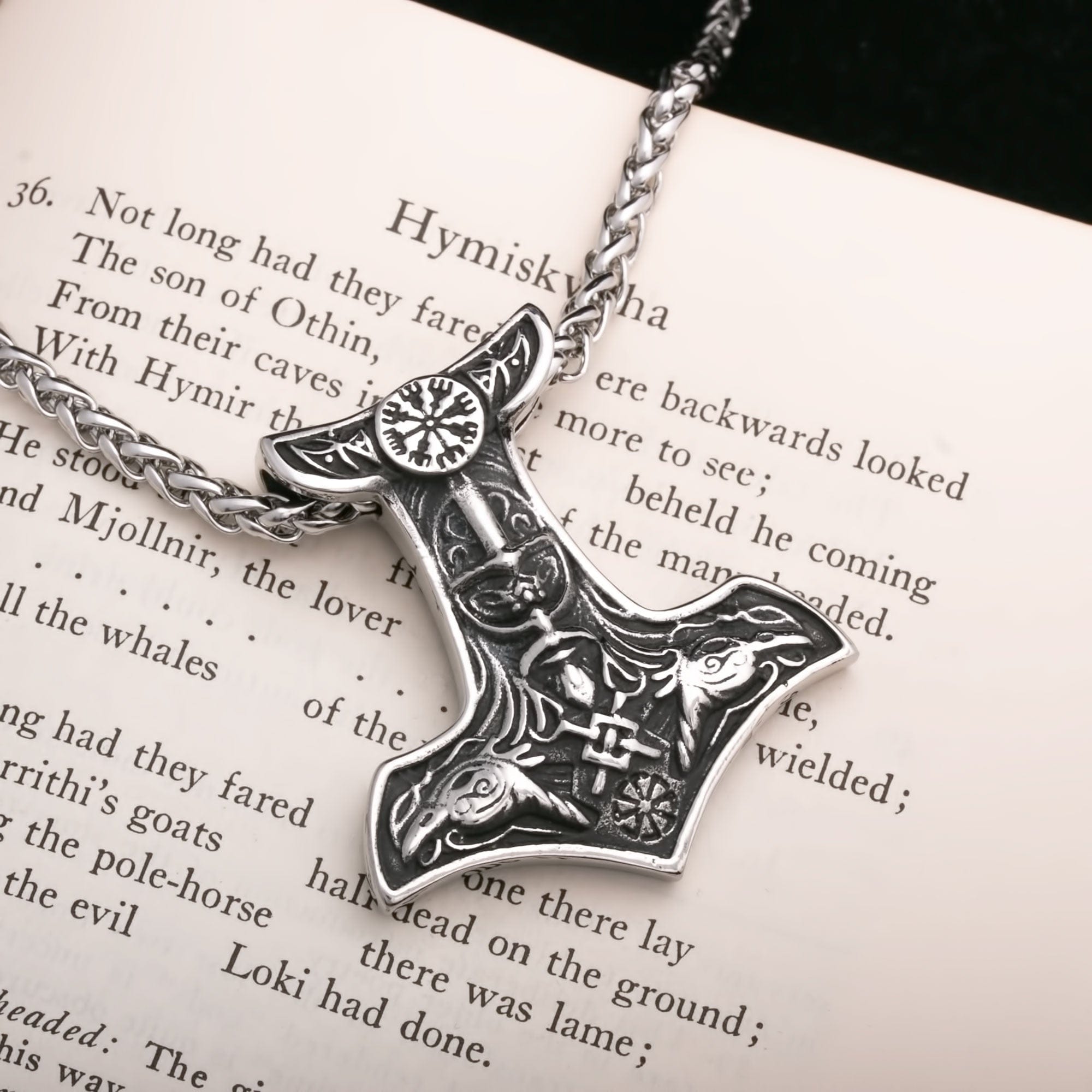 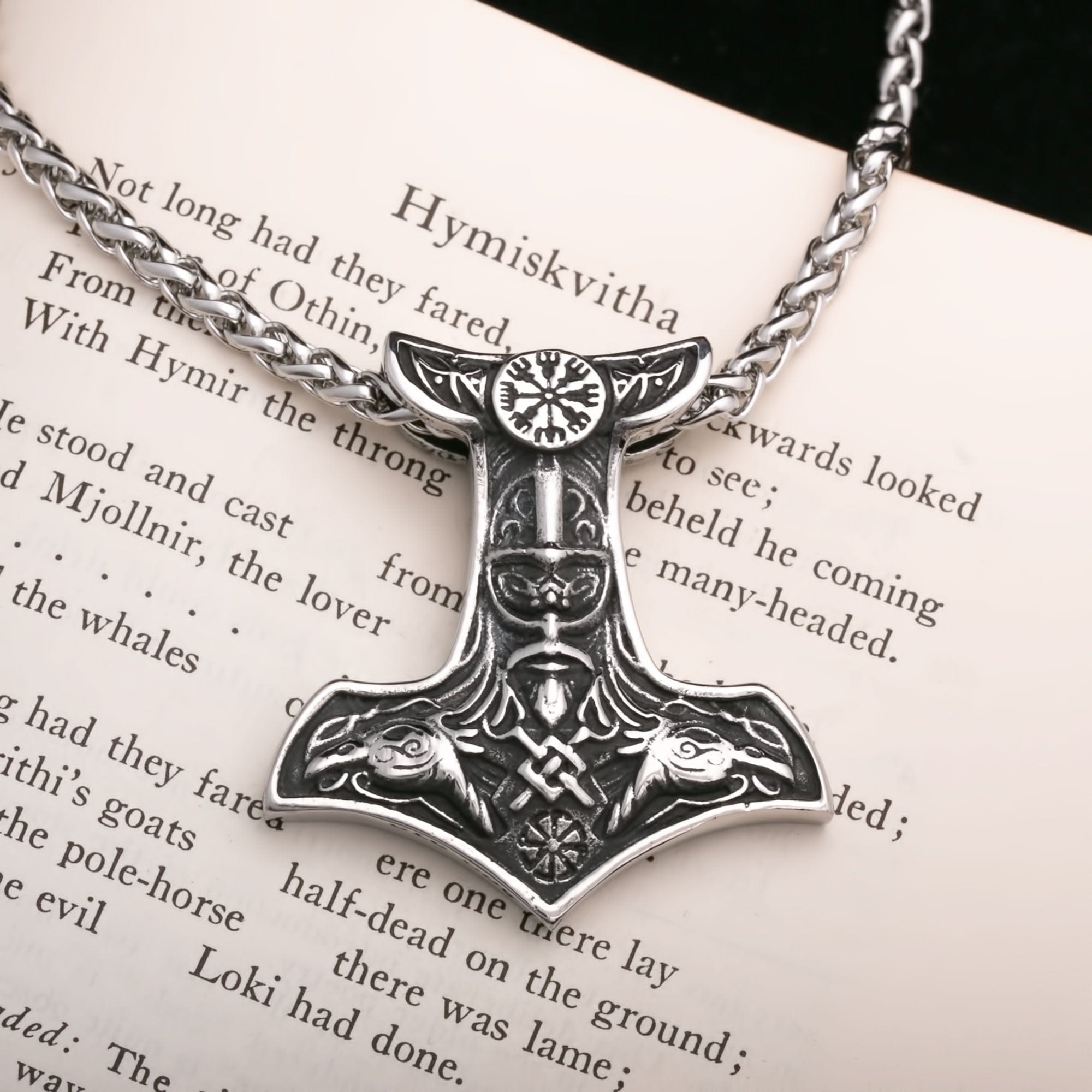 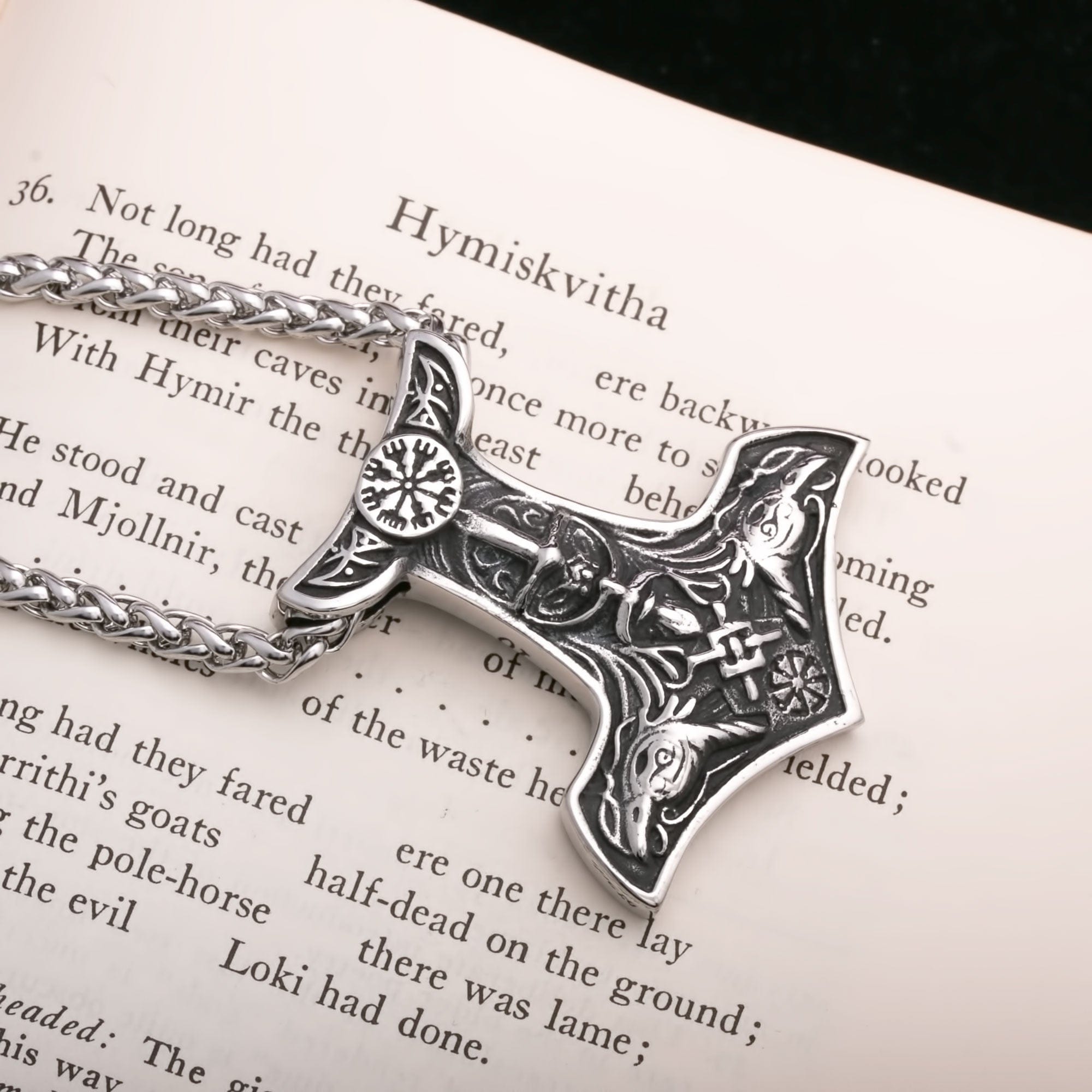 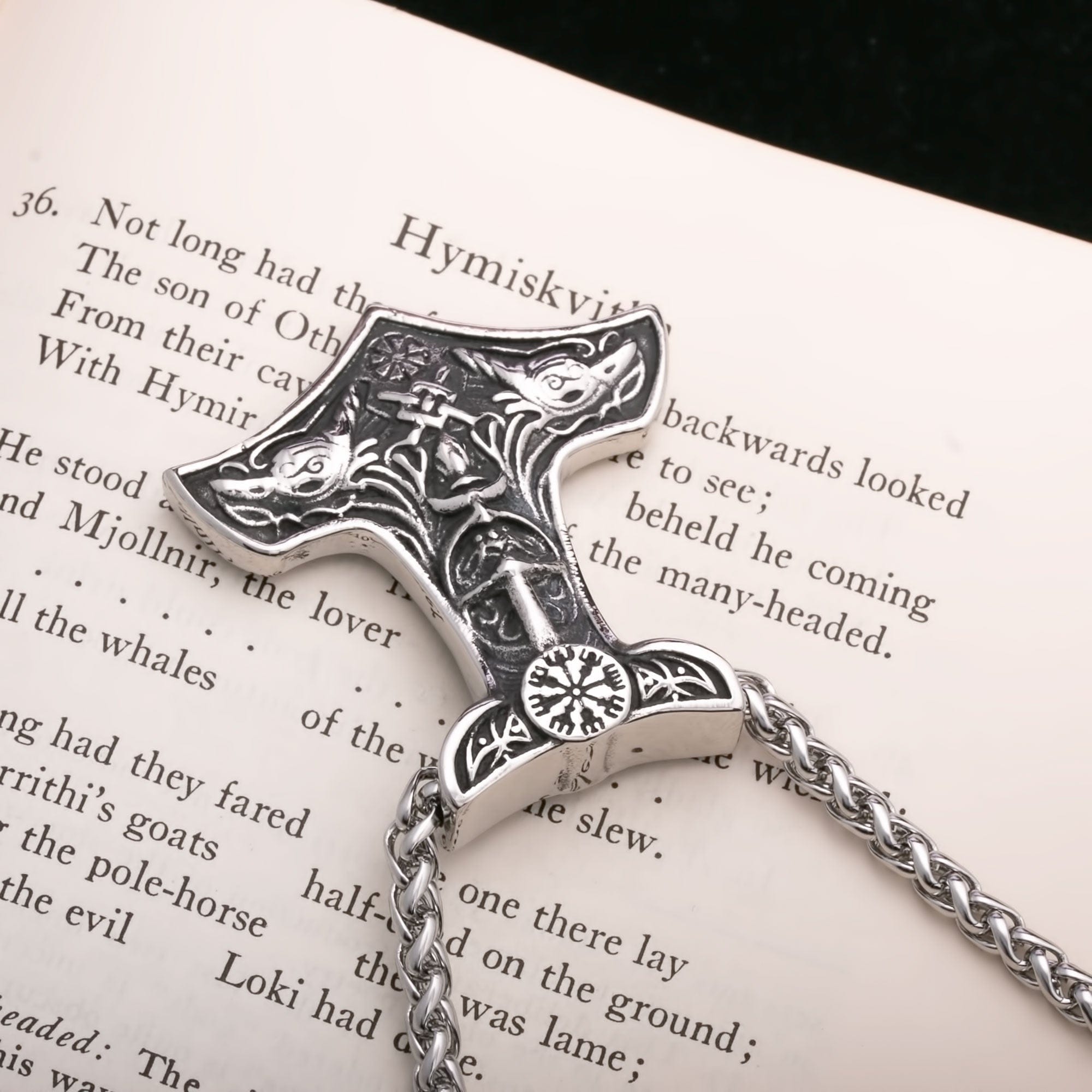 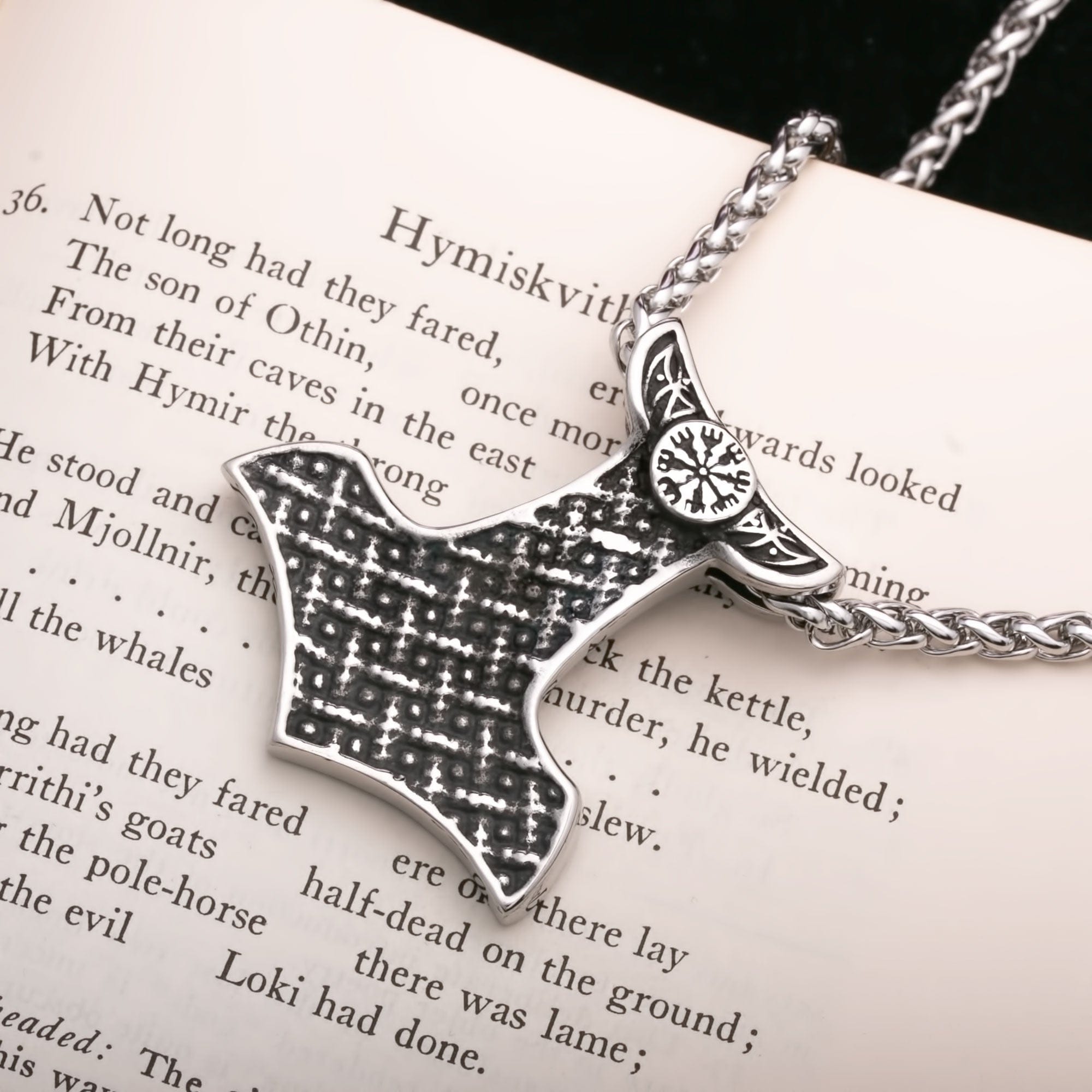 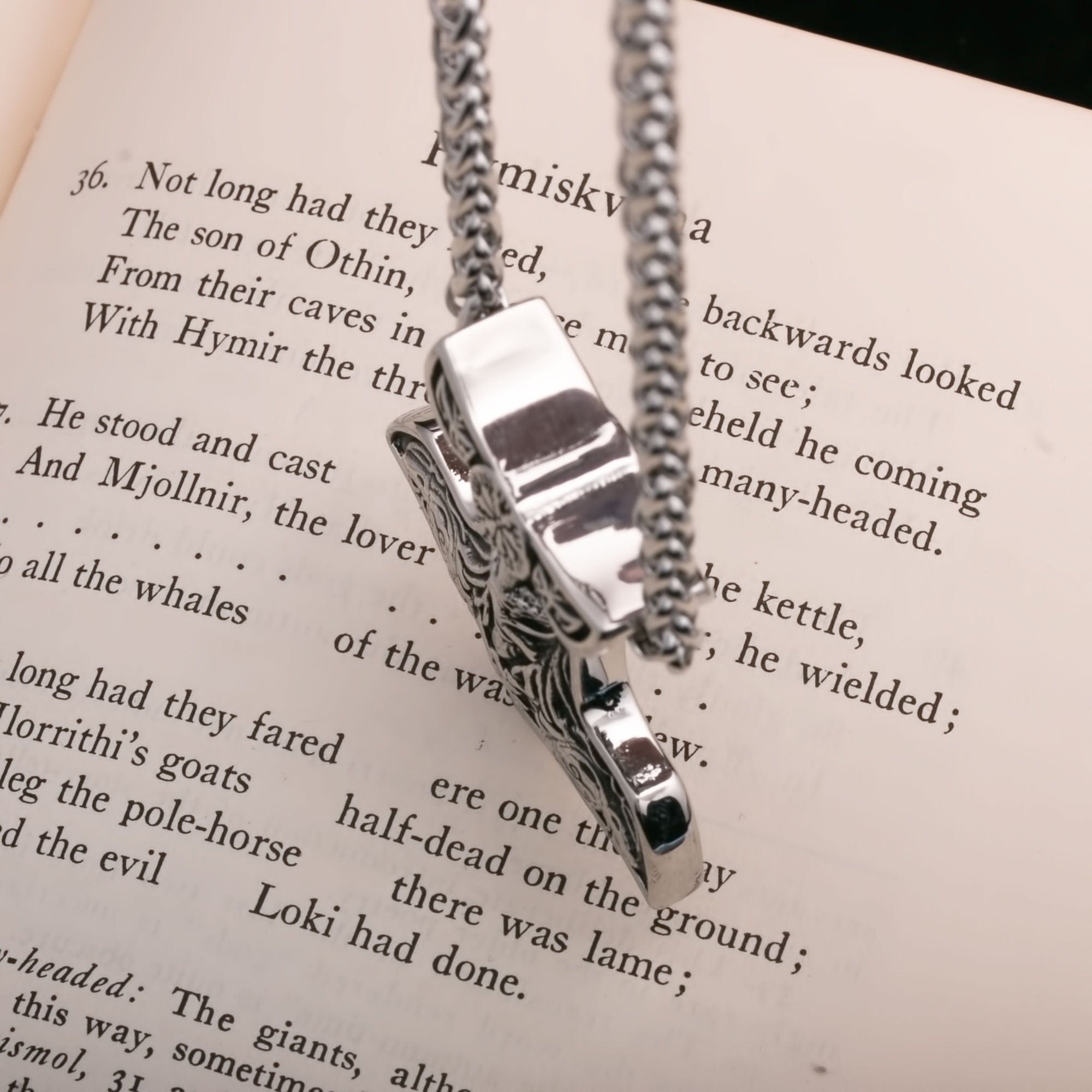 This pendant features the Viking compass, Vegvisir, at the top, Odin's face down the handle, and Hugin and Munin (Odin's ravens) at the bottom.

Odin, pronounced "OH-din", in Old Norse Óðinn, is the ruler of the Aesir gods in Asgard. Odin's name can be translated as "Master of Ecstasy".

The Vegvisir , "That Which Shows the Way", pronounced "VEGG-vee-seer".
"If this sign is carried, one will never lose one's way in storms or bad weather, even when the way is not known."

Hugin and Munin (pronounced "HOO-gin" and "MOO-nin"; Old Norse Huginn and Muninn, are two ravens who help the god Odin.
Two ravens sit on his (Odin's) shoulders and whisper all the news which they see and hear into his ear; they are called Huginn and Muninn. He sends them out in the morning to fly around the whole world, and by breakfast they are back again. Thus, he finds out many new things and this is why he is called 'raven-god' (hrafnaguð).

Mjölnir (pronounced Miol-neer) is the name of Thor's (a Norse God) hammer. The hammer gave Thor extensive power and never missed it's mark. Mjölnir was forged by the dwarf, Sindri, in Svartalfheim.

Thor's hammer served as a weapon of war but was also used as an instrument of blessing in births, weddings, and funerals, too. The symbol can be found on many gravestones up to 1300 AD. 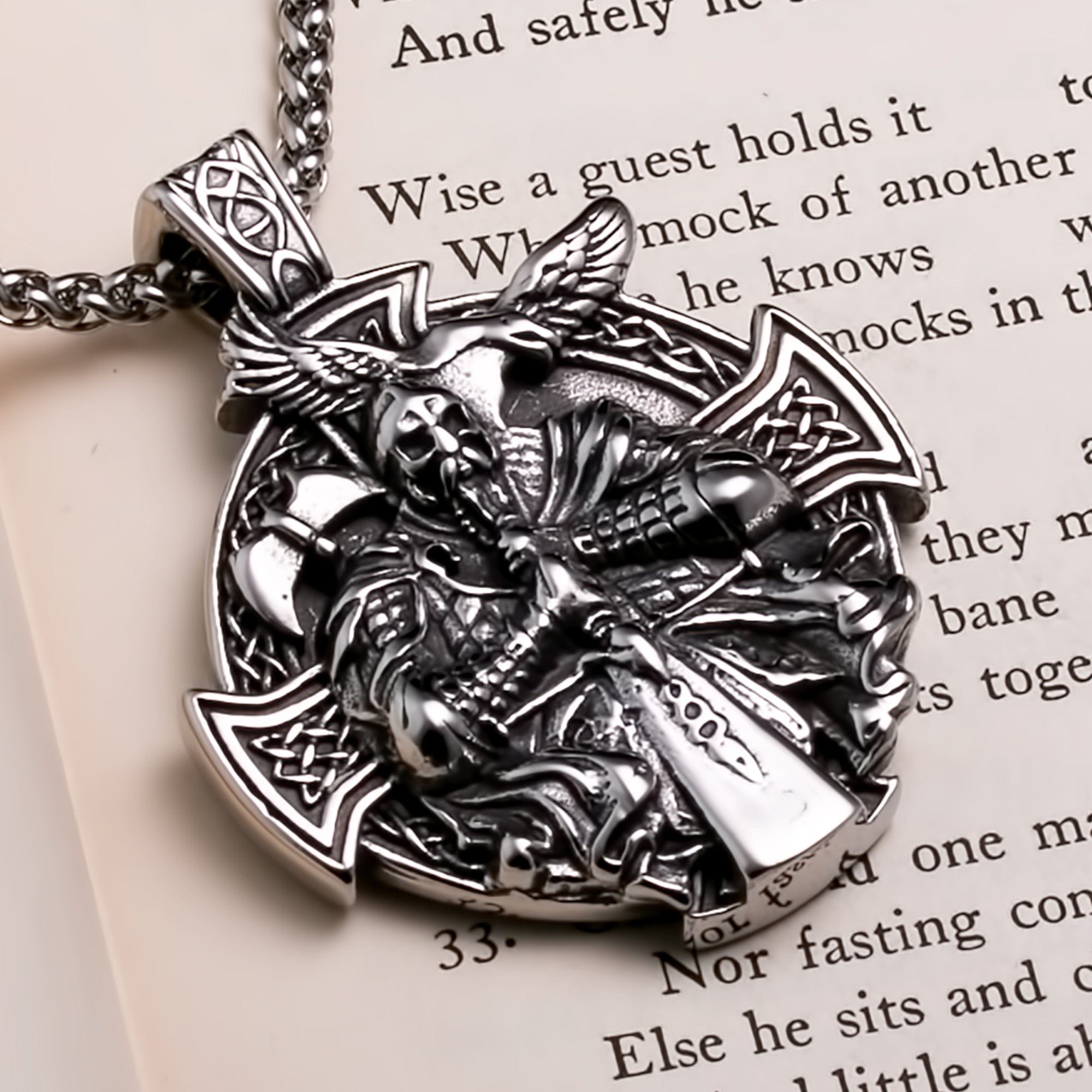 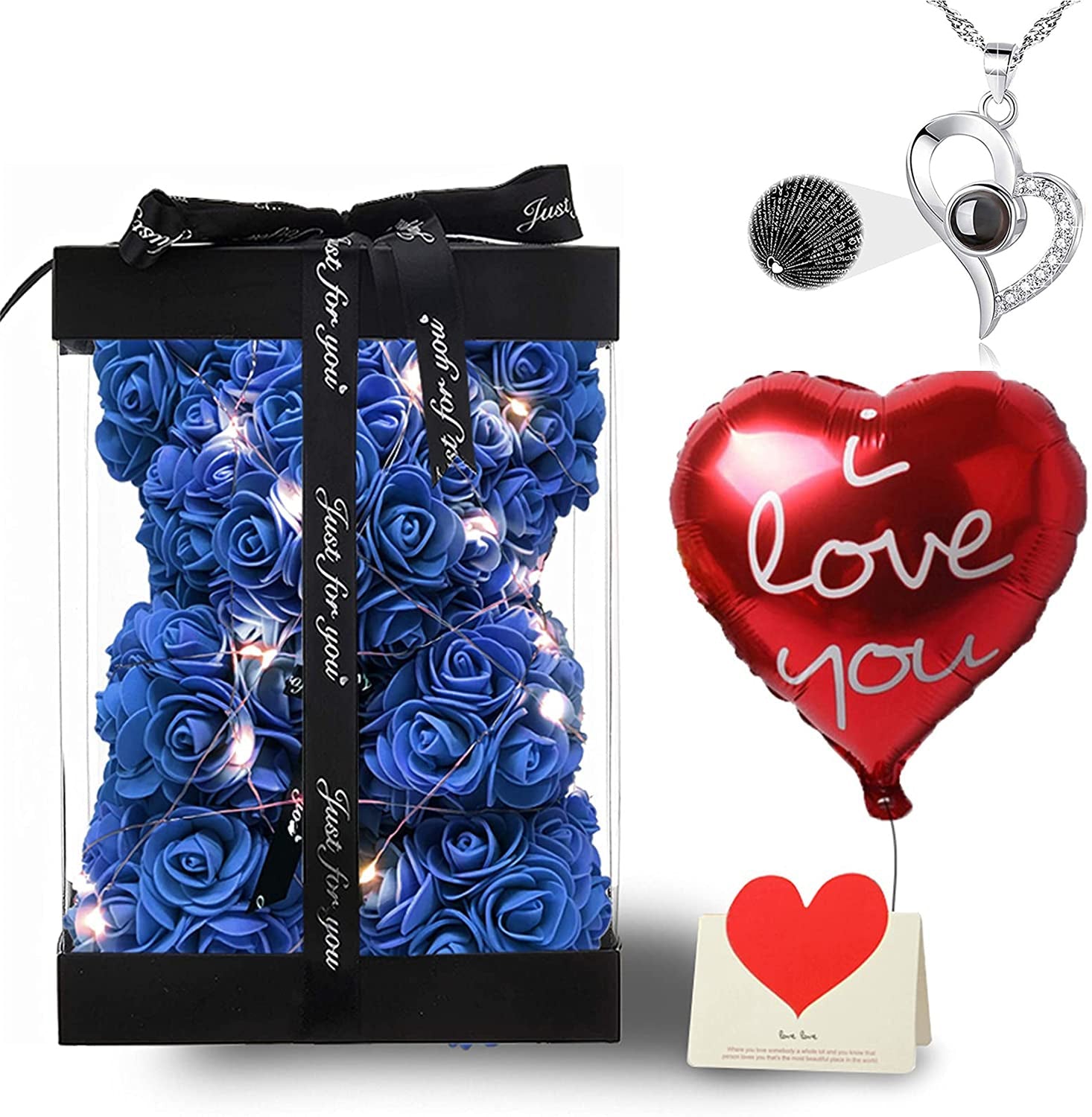 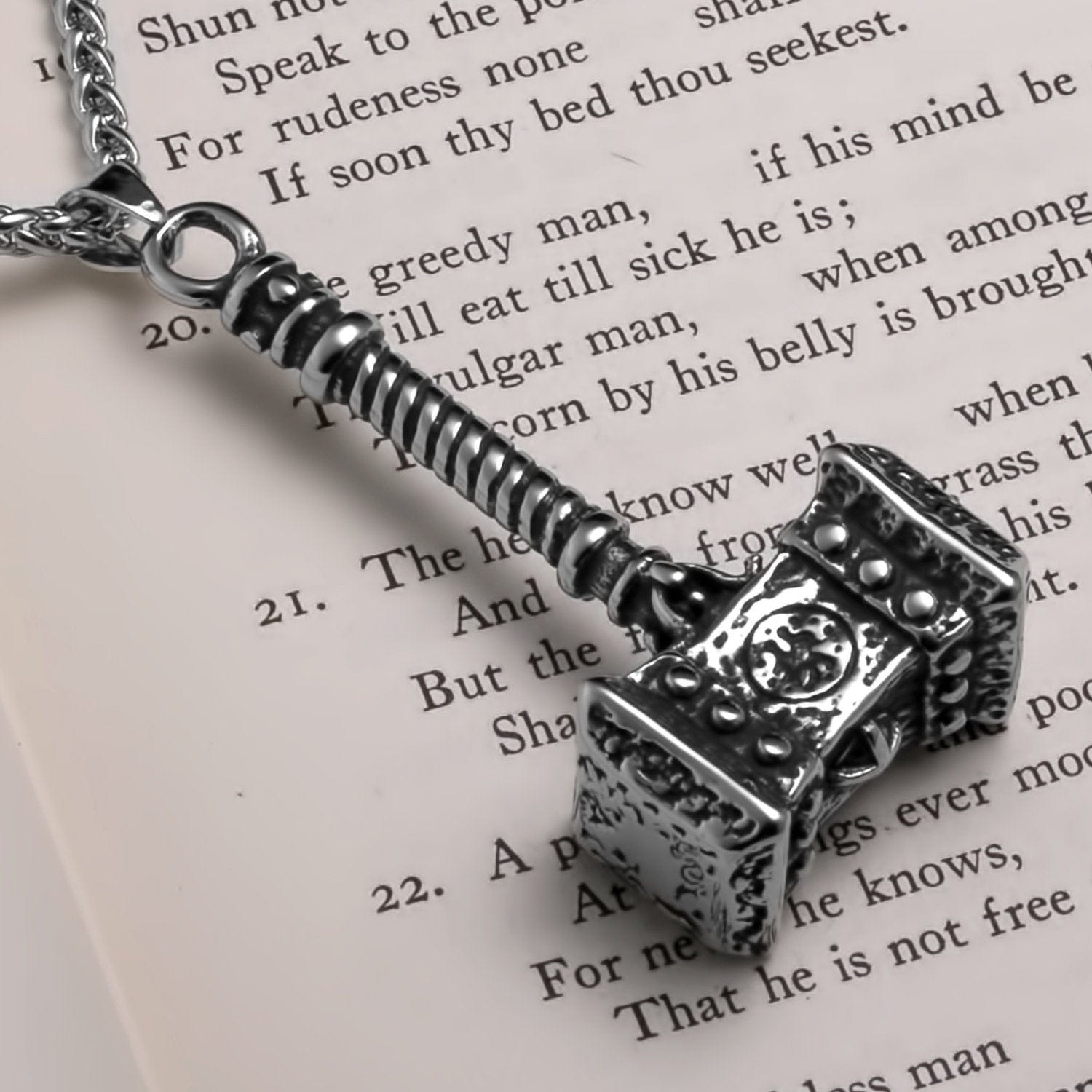 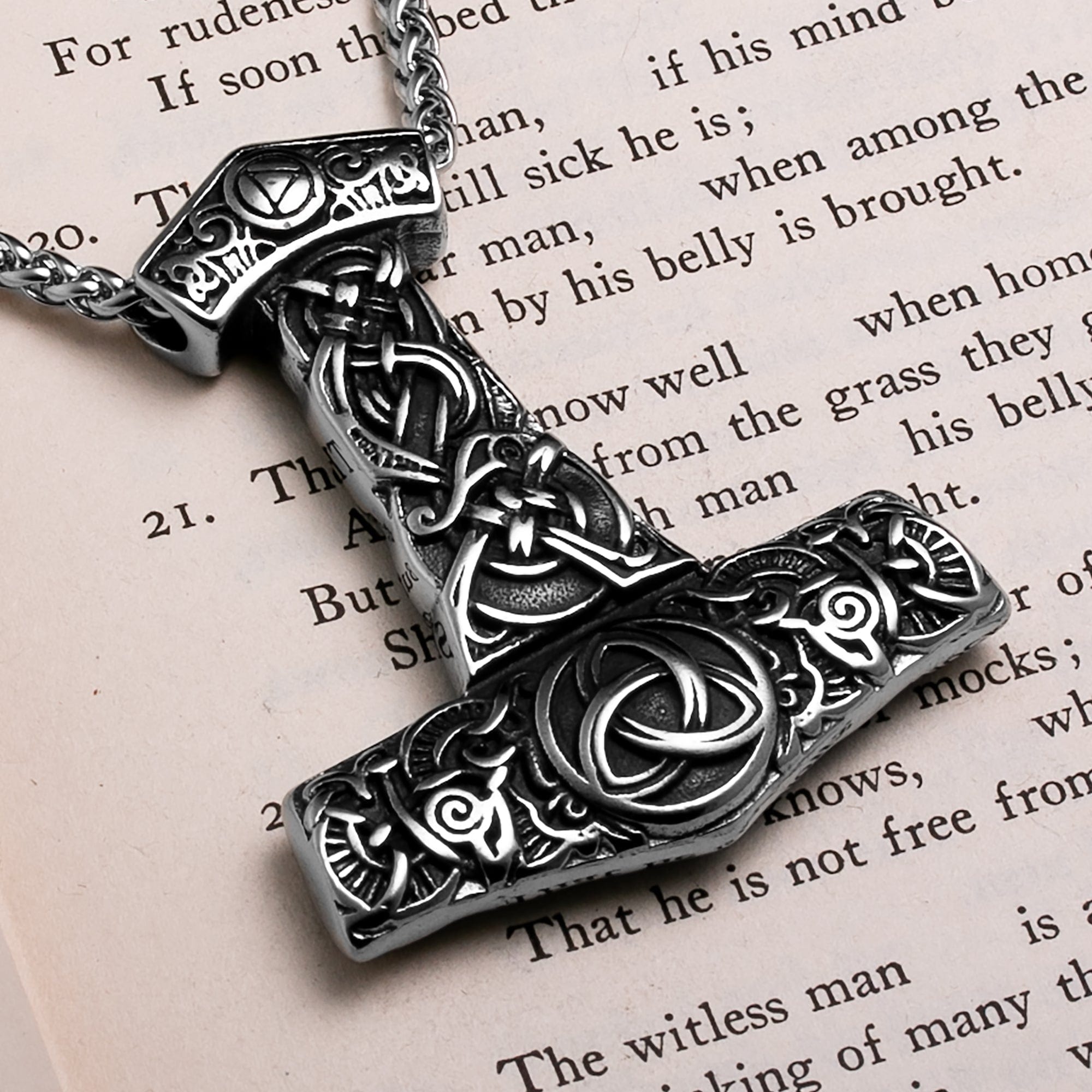 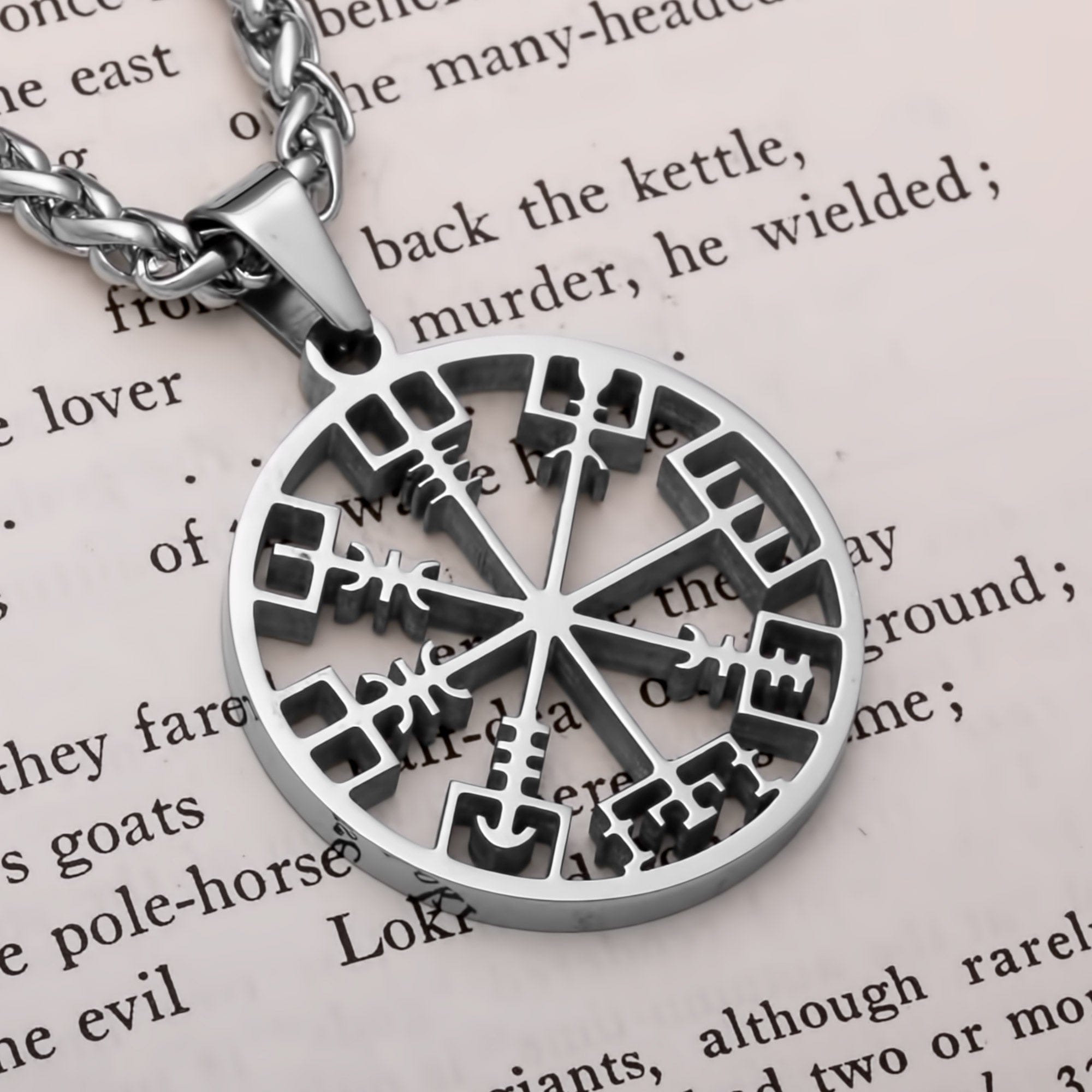 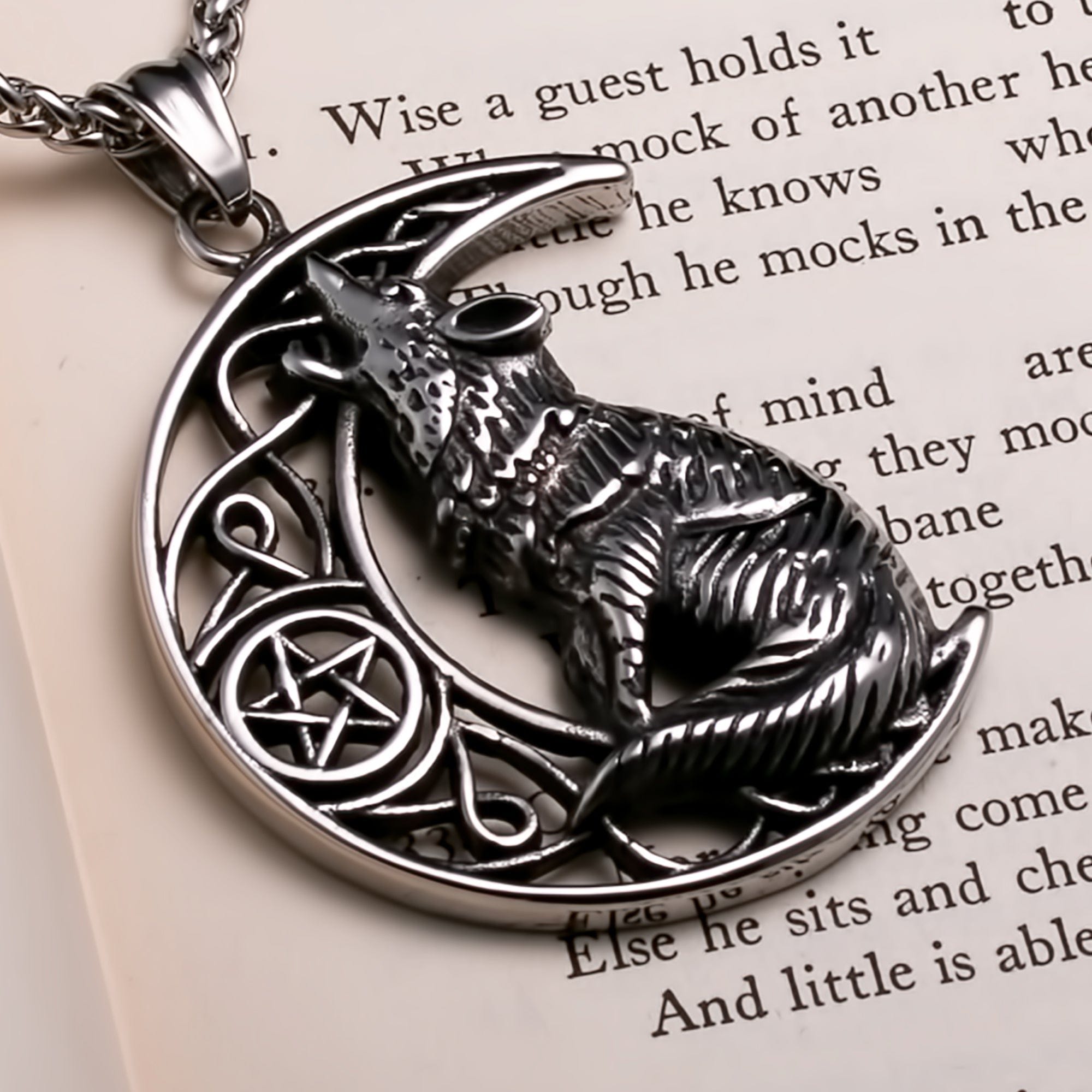 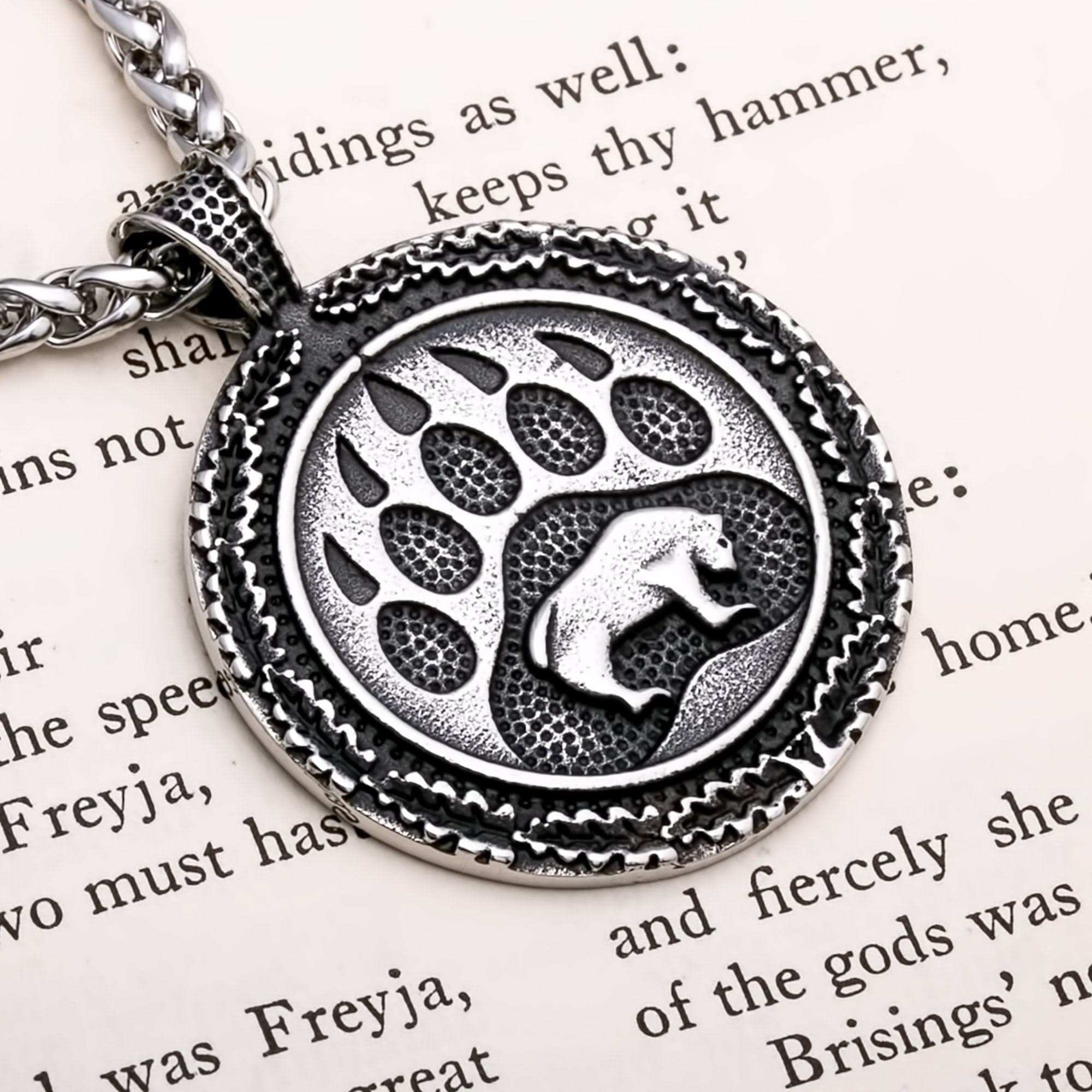 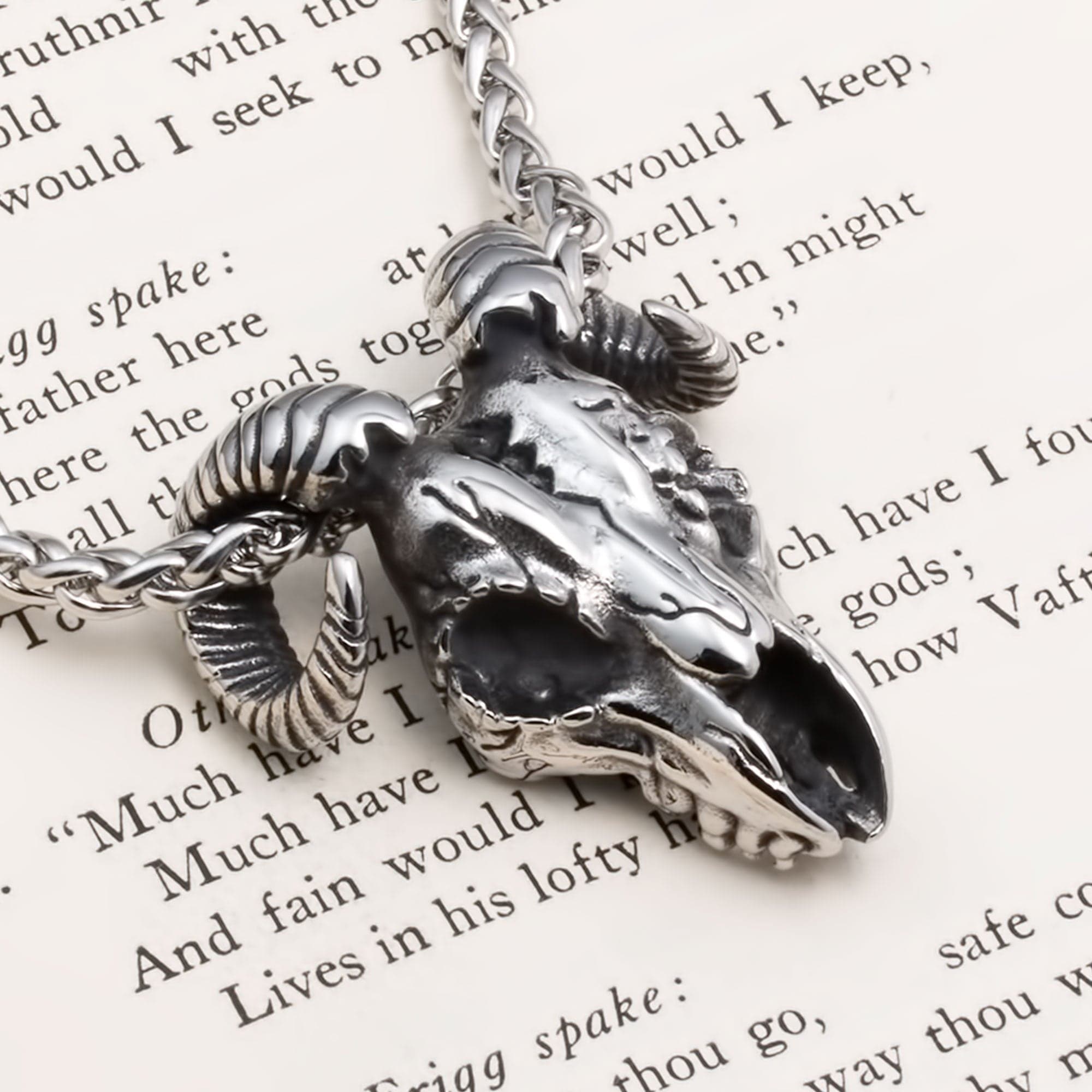 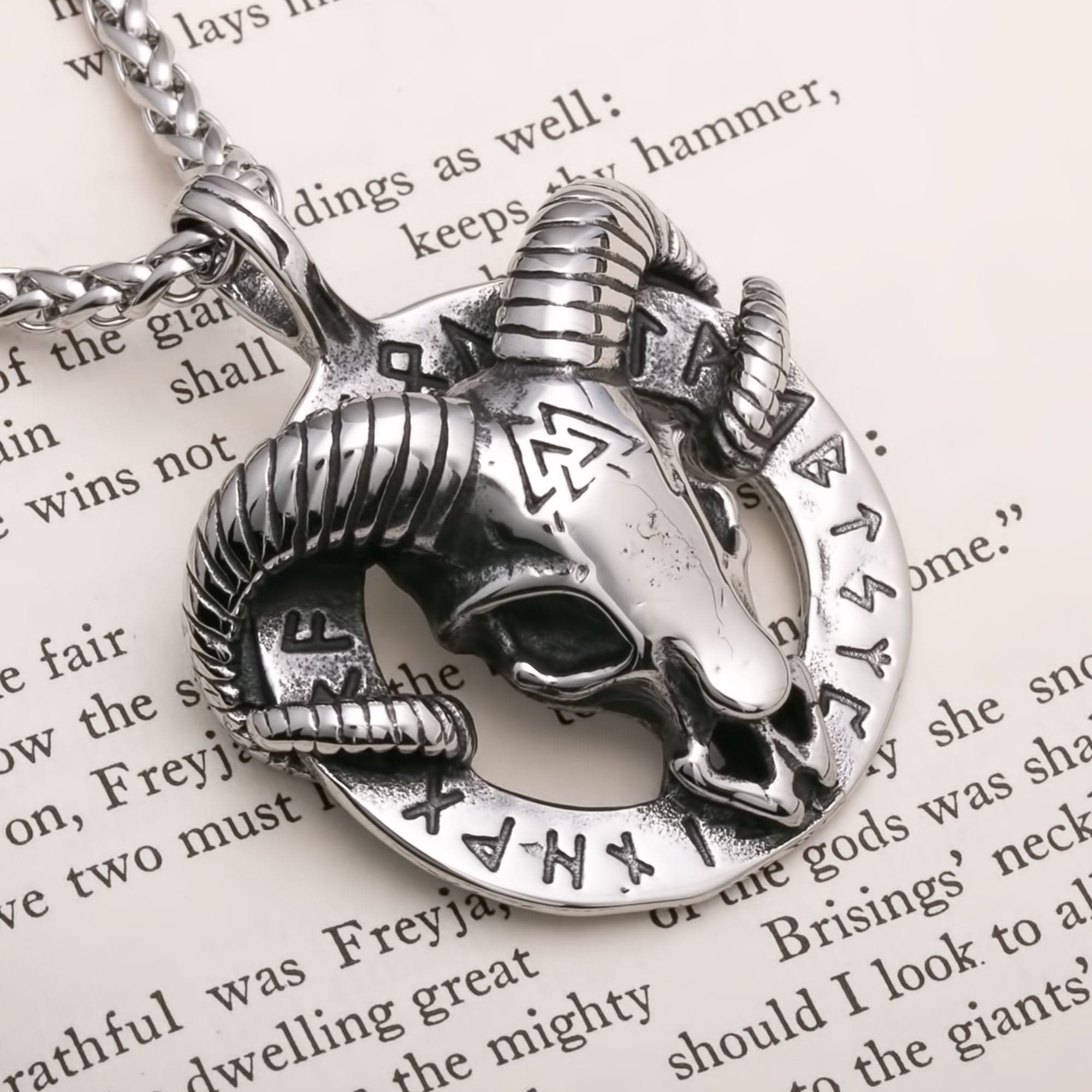 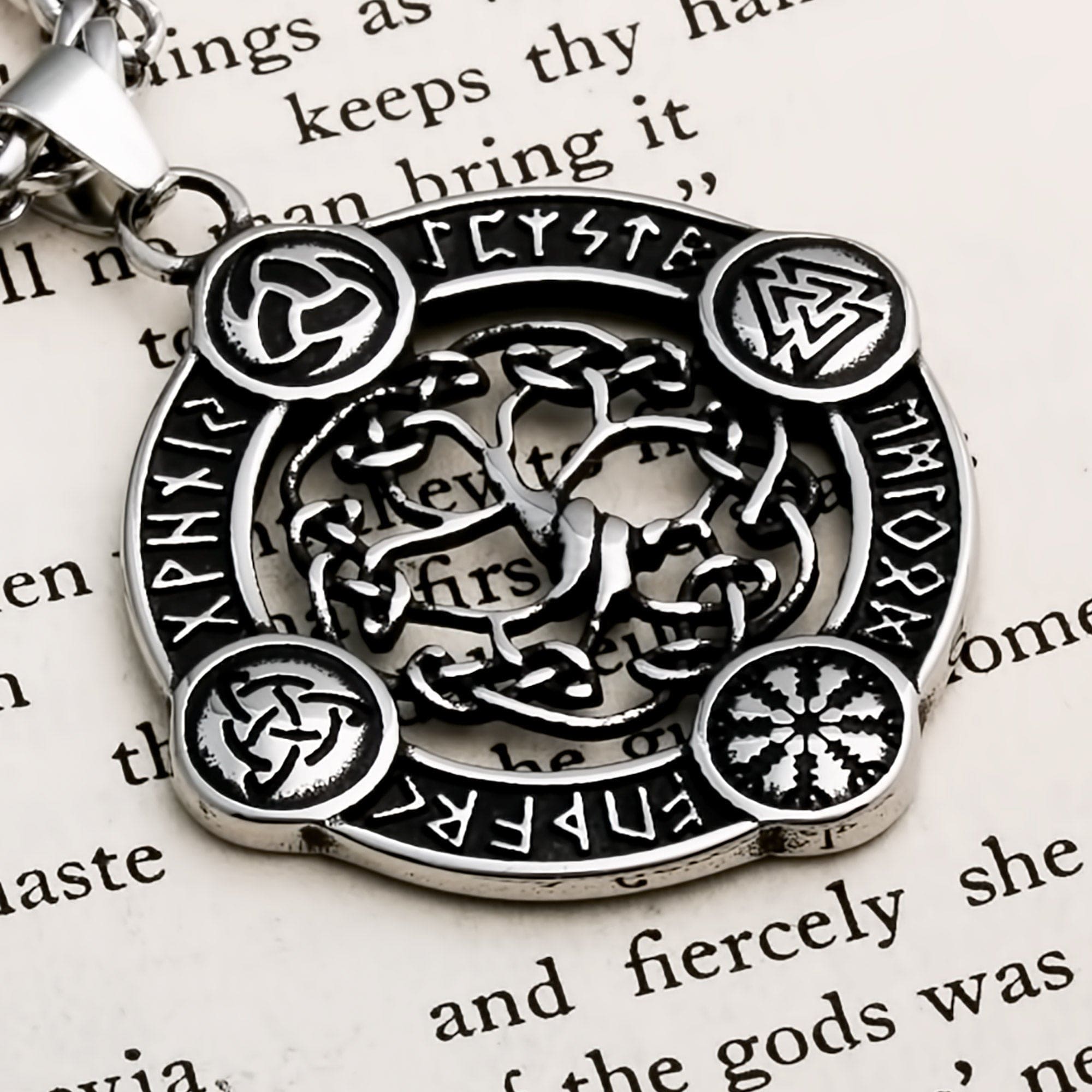 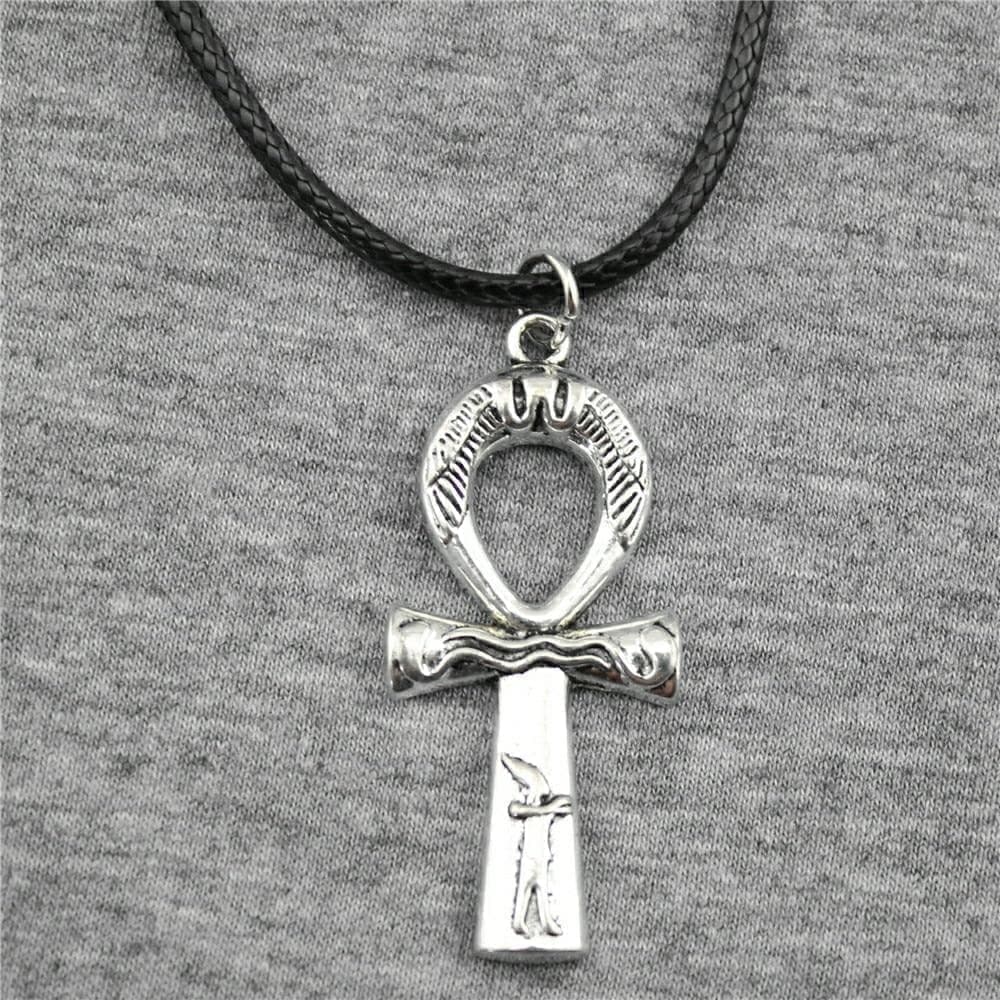 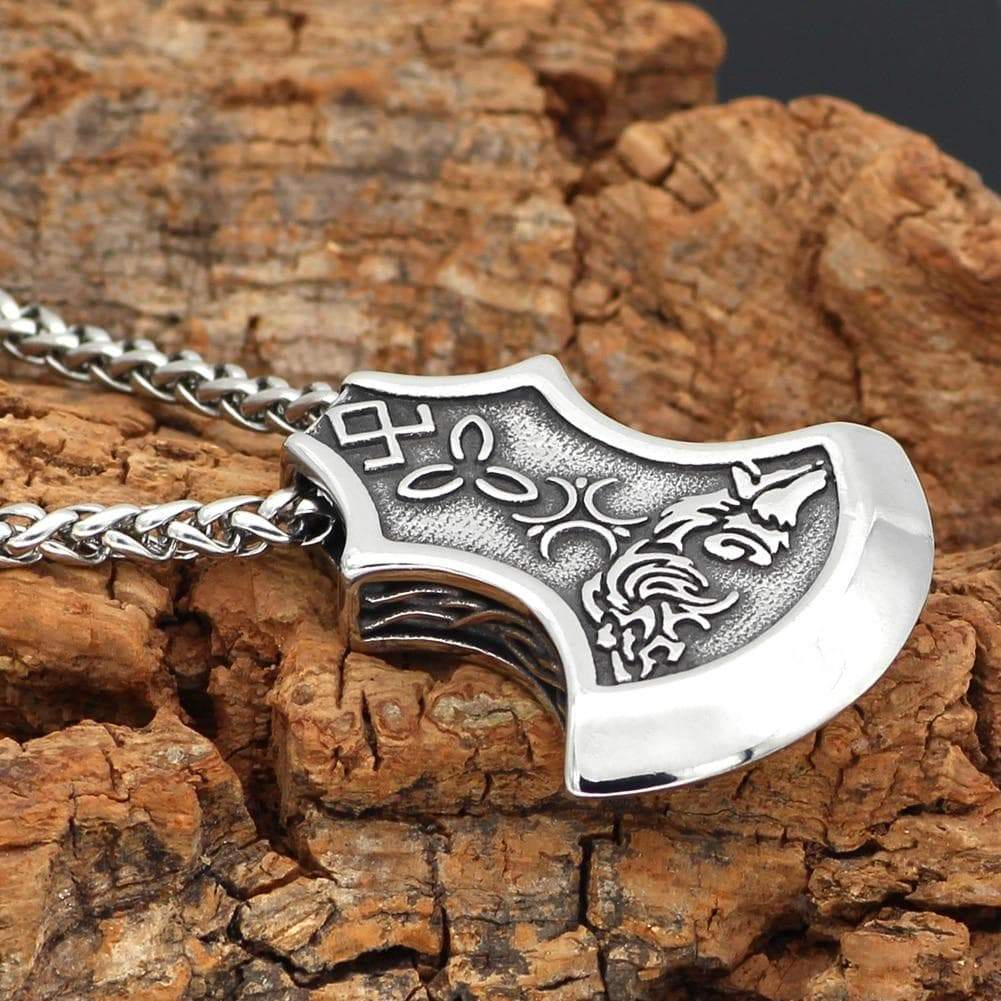 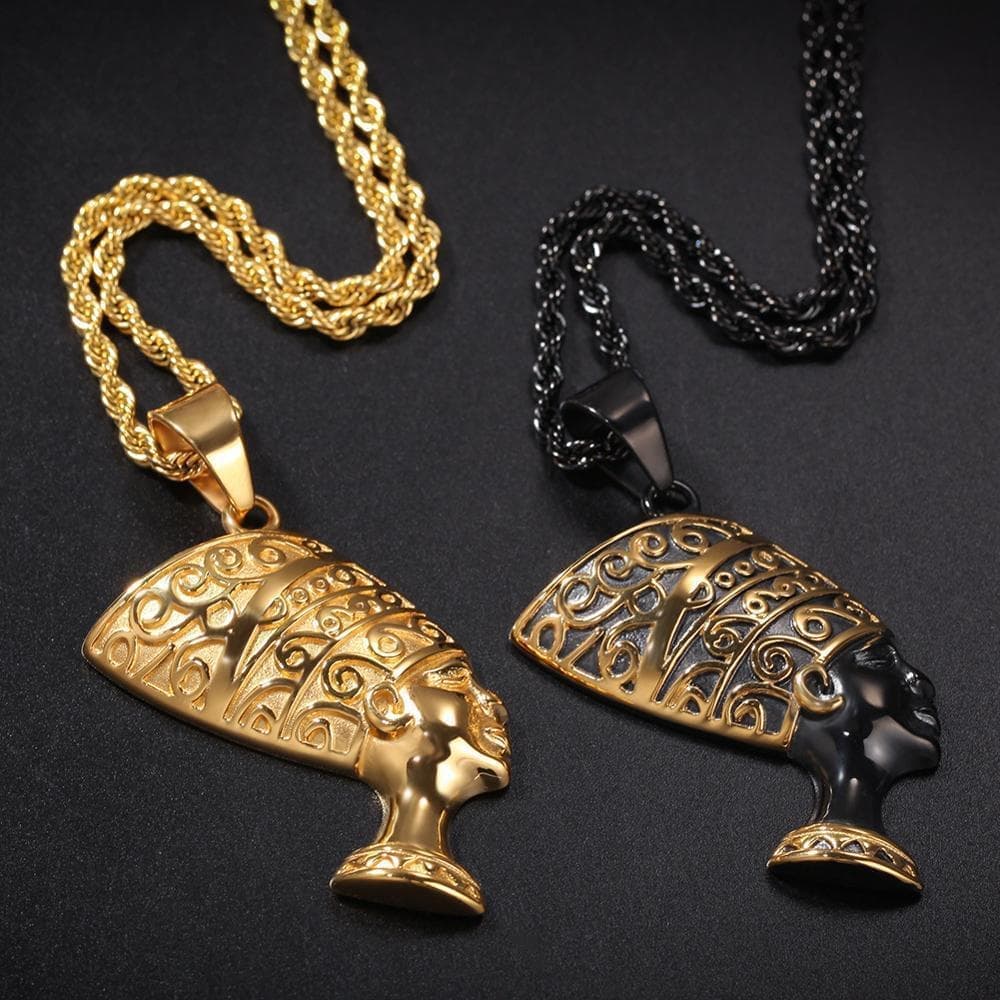 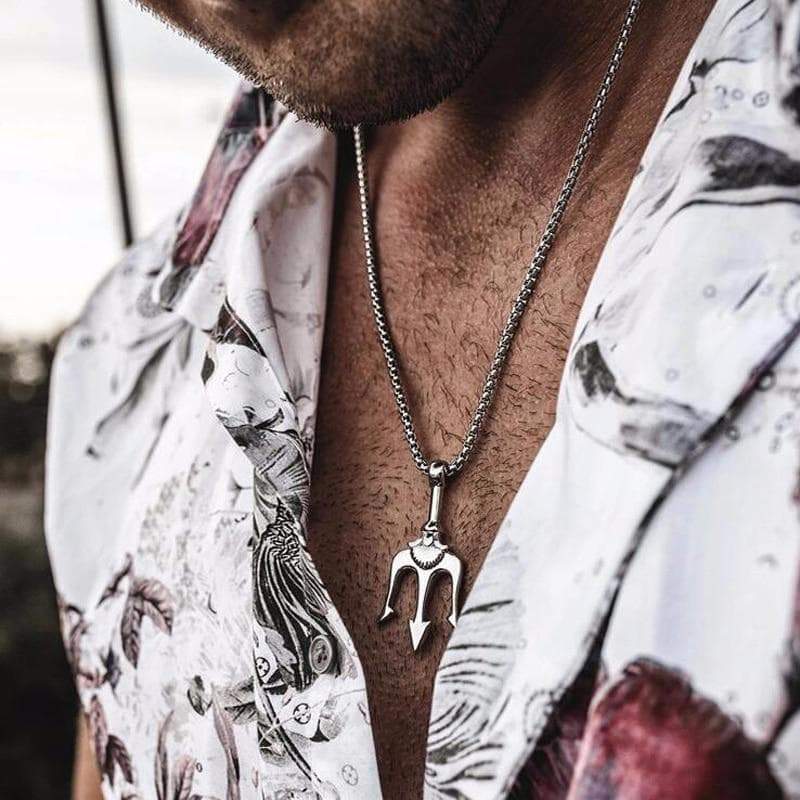 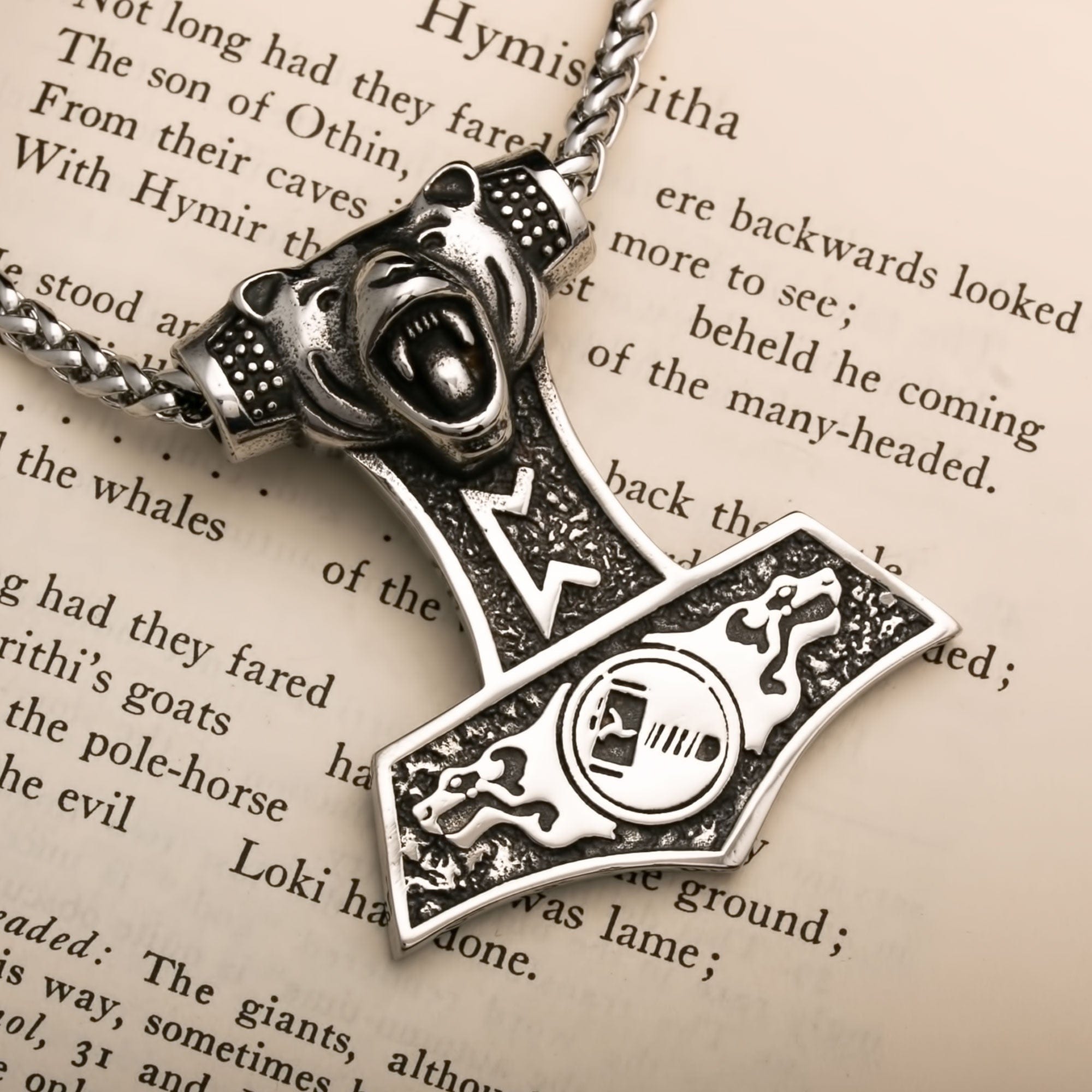