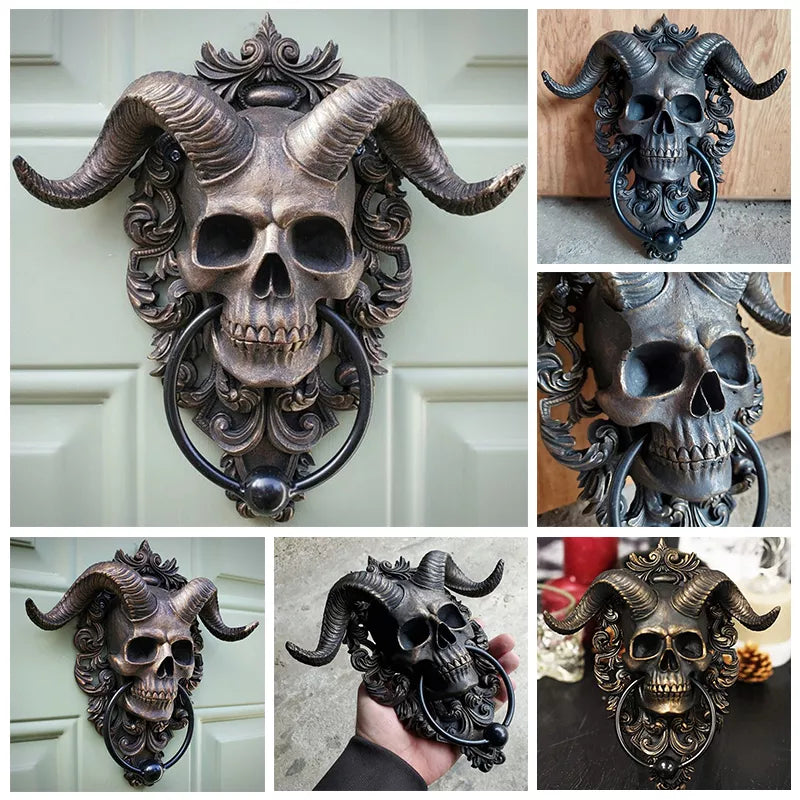 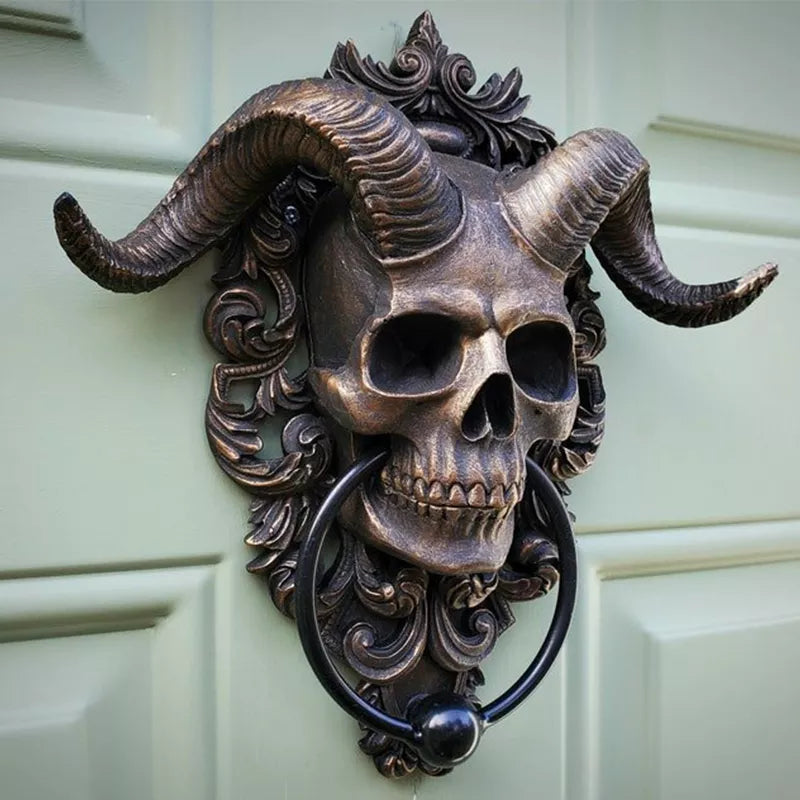 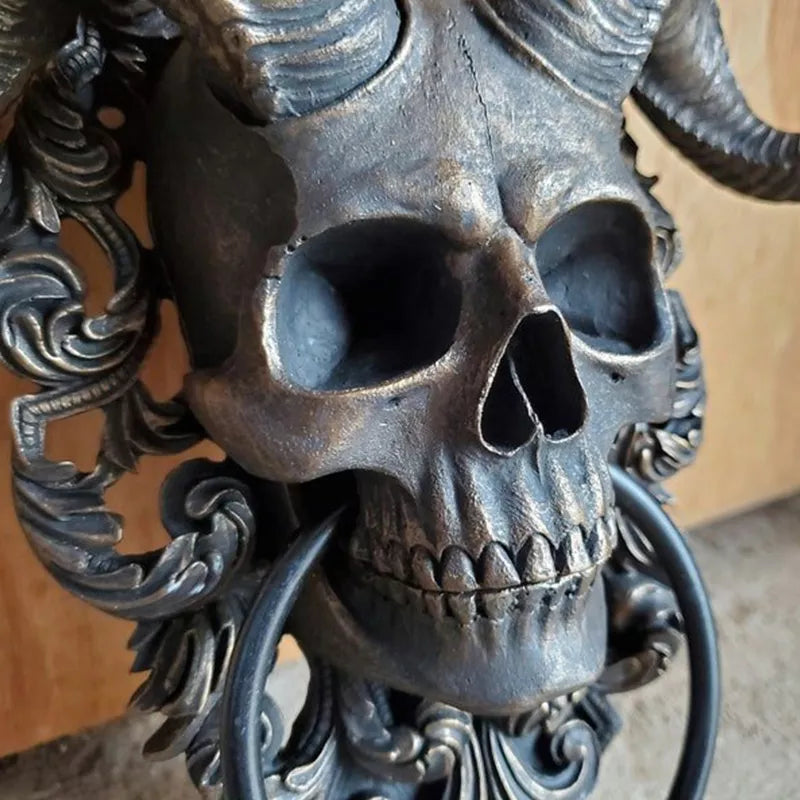 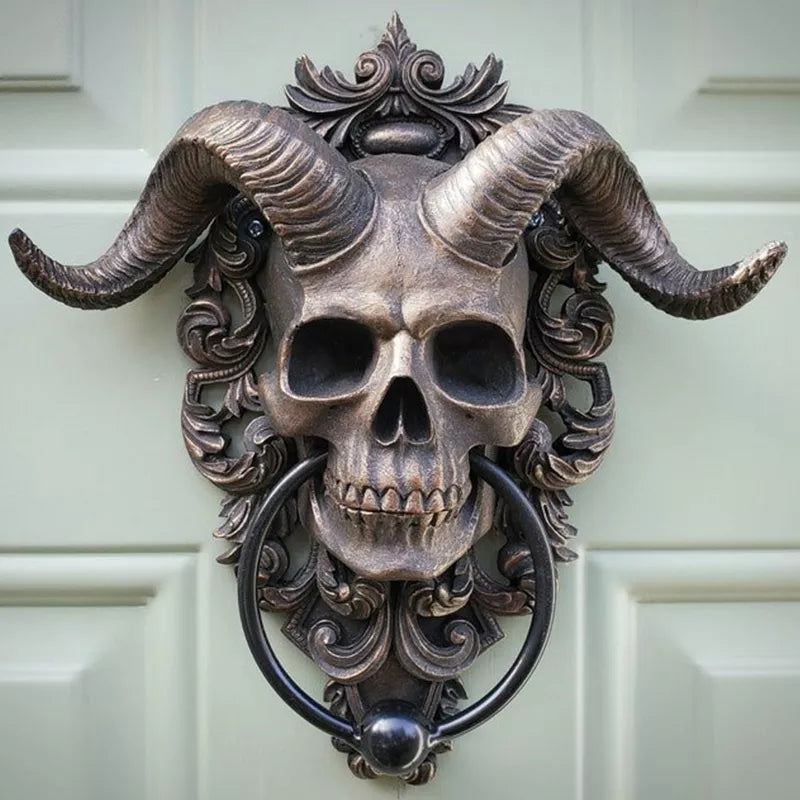 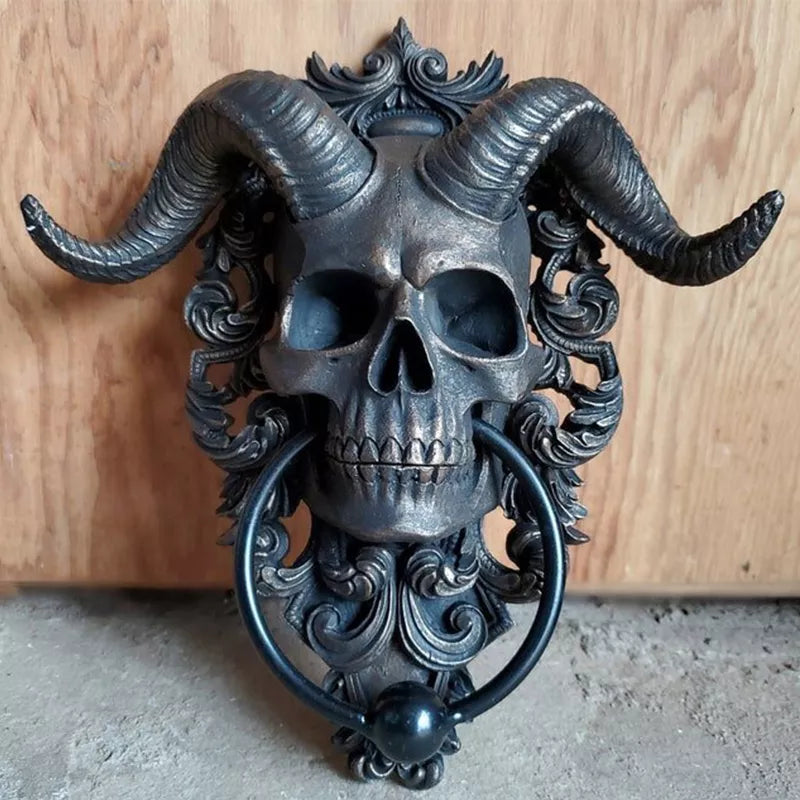 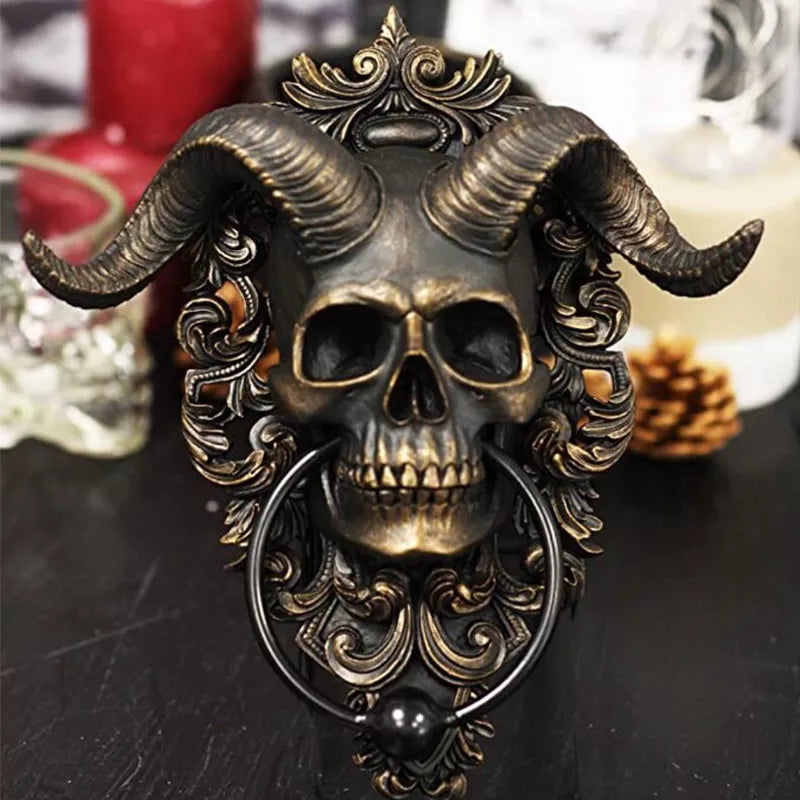 🔥🔥🔥☠️☠️☠️This large door knocker is suitable for the gates of hell themselves, or… any door of your home. 🔥🔥🔥☠️☠️☠️ 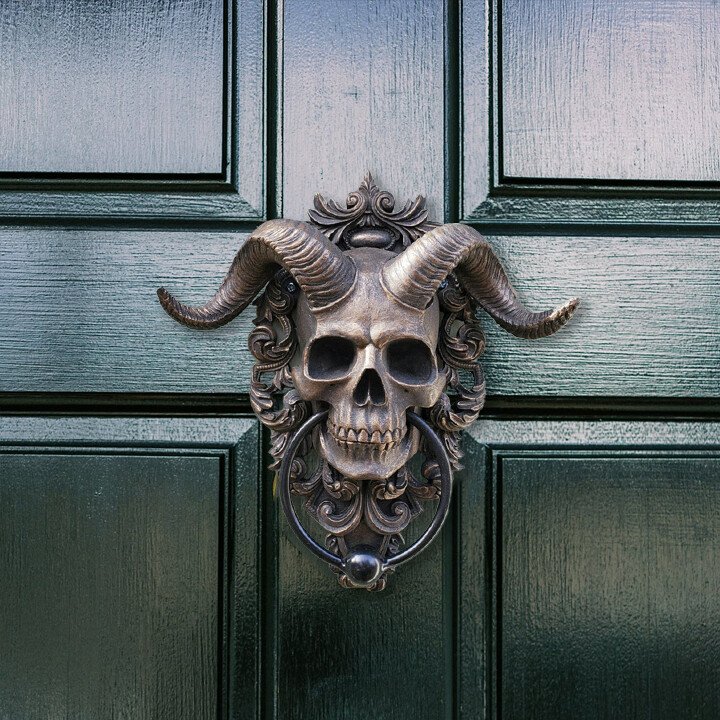 The Baphomet devil takes the form of a Horned God, as portrayed by the sculpture. A dark ghastly skull with large enigmatic horns is set against a lace filigree backdrop. The door knocker sculpture is grandeur in size. It will be a stunning door knocker whether indoors our outdoors. 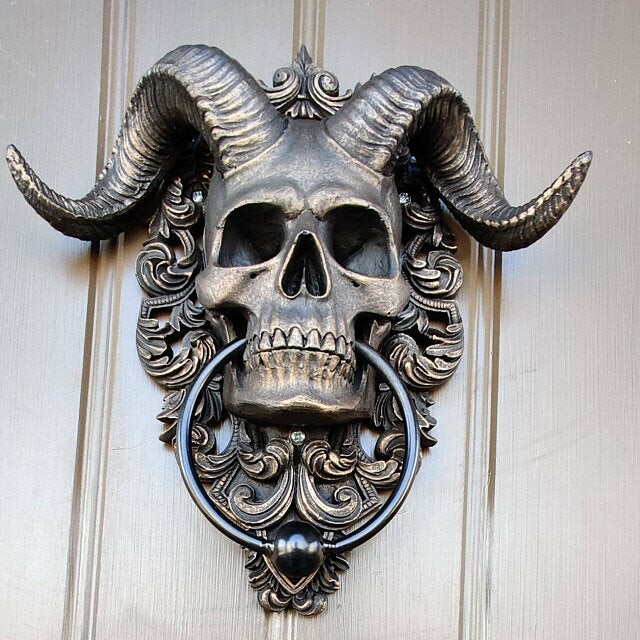 Baphomet is an enigmatic, goat-headed figure found in several instance in the history of occultism. From the Knights Templar of the Middle-Ages and the Freemasons of the 19th century to modern currents of occultism, Baphomet never fails to create controversy. Baphomet embodies the culmination of the alchemical process – the union of opposing forces to create Astral Light – the basis of magic and, ultimately, enlightenment. 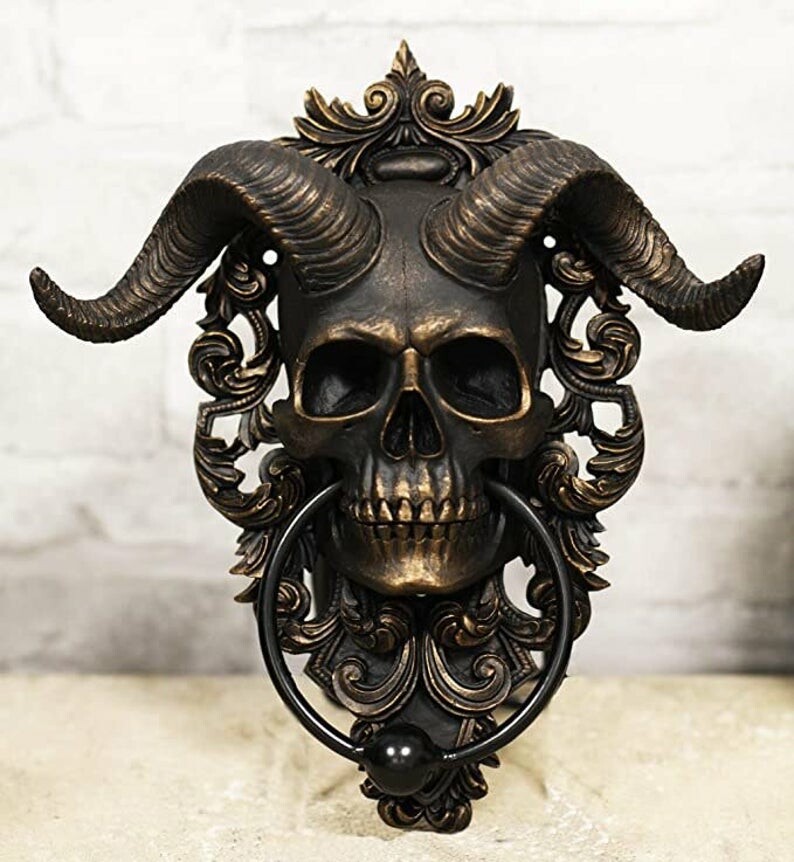 This Baphomet Horned God Skull Door Knocker Wall Plaque is made of cold cast polyresin, hand painted and polished individually. The knocker ring is made of cast iron. 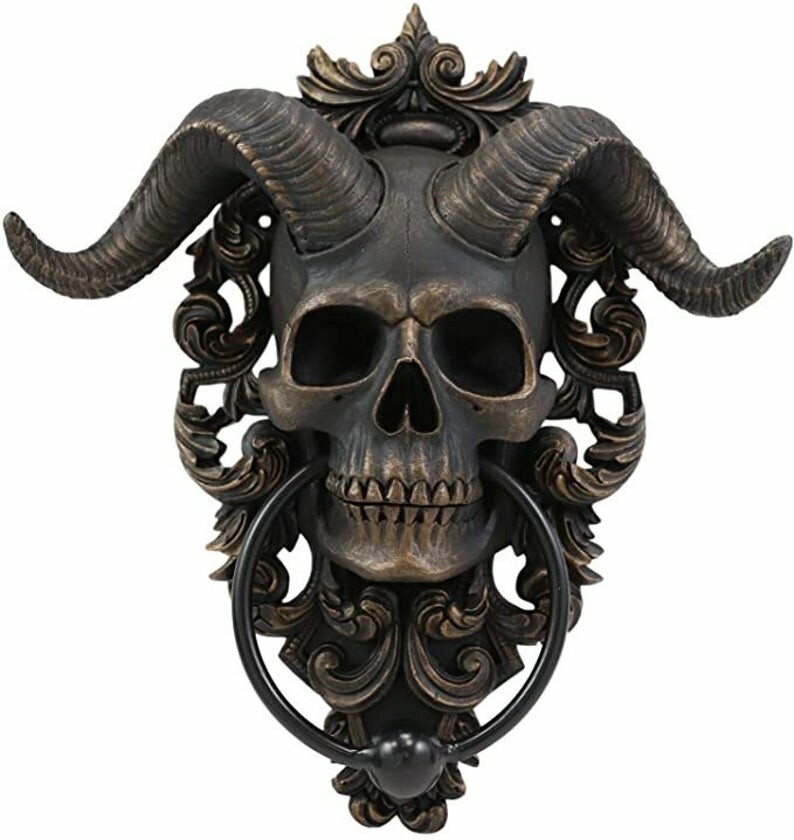